Some considerations on the use of photovoltaic pyranometers 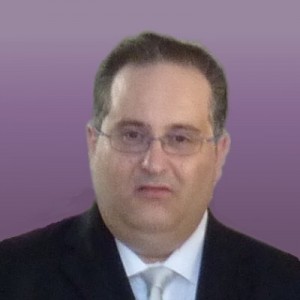 In the hope that it will also affect the non-Italian speaking audience, this article is republished in English.

Just returning from a course on use of pyranometer in PV. For the uninitiated, the pyranometer are instruments for measuring solar radiation on the Earth’s surface. There are three types of pyranometer and are made looks like this:

In PV, pyranometer is used to estimate in advance the manufacturability of a solar field in the project, or estimate the yield of a field into production. In the second case, the yield is tied to penalties that the installer must pay if the performance does not guarantee a certain production plan established in the agreement. This just to give some information on the instrument.

And now I explain  the idea that I made ​​during the course. Generally, in PV world have always used the first two types of pyranometer because it is less expensive and less sensitive in the maintenance although they had the defect of being insensitive for some angles of the sun (mainly in the morning and at sunset), or cut certain frequency spectrum of solar radiation. Now, for marketing purposes is becoming the blackbody pyranometer that does not suffer of angle of the sun and picks up all frequencies. This is presented for more accurate, too bad that only now (after having bought one!), I realized that all this precision is not needed but also leads to over estimate the production of solar field project is being under review. This is because the blackbody pyranometer being more sensitive on all spectrum but the solar panel which is made of mono or polycrystalline silicon captures precisely the same frequencies to detect a solar cell. So apart that this increase instrument cost but  more damage is made for the bad estimation of productivity (even a 25%!) that overestimate the business revenues.

Also, there is to say that blackbody pyranometer  has many problems of efficiency:

So the question is: is useful to buy a blackbody pyranometer if pyranometer does not allow you to compare the results with the productivity of the PV panels to be installed or already installed? The answer seems clear: definitely NO! Therefore, if someone is’ thinking of buying one, also reflects on these few personal considerations and do not hesitate to contact me for a confrontation. These conclusions are reached by many of my colleagues in the audience.

In December 2010, we have installed a blackbody pyranometer and in mid february we begin data acquaring, next I will report the results of data analisys

Recalling that “In real world, the only real performance is economic output!”.